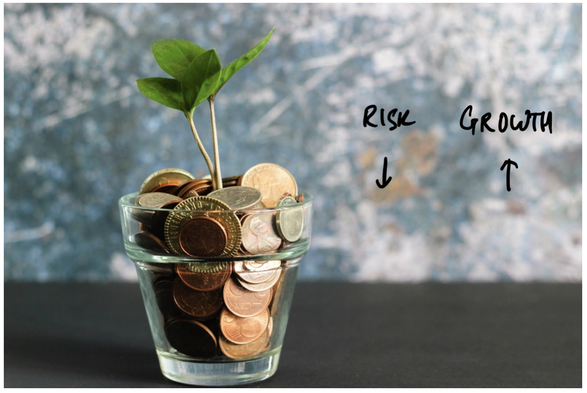 Endowments exist to serve as a financial buffer, ensure the survival of an institution’s reputational capital, and protect universities’ intellectual freedom(1). To achieve these goals endowment funds are held separate from other university funds. The federal mandate for grant-funds i.e., money given away- is 5% and the remaining 95% is typically invested targeting a healthy growth rate, between ~9 to 11%(2). Investmentment managers take a portfolio management approach where several strategies are at play to ensure targeted growth while working under important constraints such as fiduciary responsibility to the endowment, maintaining alignment with the institutional missions, supporting university endeavours, and managing risk. A robust alternatives strategy with a focused VC component can facilitate all three objectives.

The balancing act between investment growth and risk becomes difficult under conditions of macroeconomic uncertainty such as the impact of COVID-19 or the Great Recession. At such times, strategies depending largely on stock market returns come under scrutiny(3). In fact, this is the time to consider alternative investment strategies. Historically, institutional investors have preferred defensive strategies when market volatility is high such as increased investment percentage in customized hedge-funds to maintain the target growth regardless of overall market movements while keeping volatility low(4). The underlying thesis is that, although hedge funds do not guarantee it, the likelihood of better performance is higher due to the star manager focus - high-touch - high-flexibility nature of the hedge fund business model. It may seem counterintuitive, but alternative investments such as early stage venture-capital are similar to hedge fund investments in certain ways. They too are idiosyncratic, domain and management team dependent, not accessible to everyone, and promise above average returns. Further, they have consistent exit timelines and thus standard investment periods, which allow them to be medium-long term investment vehicles. While long term investments in hedge funds have not proven effective(5), early stage VC promises outsized returns. These characteristics beg us to evaluate the perceived risks and search for avenues to systematically de-risk early-stage investments, especially because such investments can be highly synergistic for an endowed institution in challenging economic conditions.

This perspective seems to be shared by the large well-endowed universities. For instance, the top 20 universities with funds averaging ~$12 billion invest ~7-8% in VC and have professional investment staff responsible for identifying and constructing the investment portfolio alongside general partners. Funds averaging approximately $4 billion invest ~5-7% and those averaging  ~$0.5 billion invest less than 5% in VC (generally via gatekeepers or funds-of-funds)(6). Simply based on investment size, it becomes plausible that larger funds may receive preferential access to the most promising early stage opportunities due to the power behind their ticket size. Identifying and partnering with smaller funds who have experts focused on a specific high growth vertical (perhaps even first-time funds as they have shown greater success than established funds(7)) merits serious consideration. This method is even more effective when you consider that the best performing funds have a dearth of repeat investors, making it harder for new or smaller endowments to get into these more established funds(8). Furthermore, it typically takes considerable time to build up the endowment’s investment portfolio. Here is where developing a wide pipeline of potential investment opportunities and a robust evaluation system becomes crucial.

Over the last four decades, the world has witnessed life-changing innovations. However, and surprisingly, the distribution of innovations across sectors is not uniform, in fact it is remarkably skewed. While sectors with less regulated industries such as information technology and communications have become more accessible and cheaper, highly regulated industries such as healthcare and real estate have become less accessible and more expensive. Innovations from information technology and computing promise to reverse this trend in healthcare. Take, for instance, the promise of Artificial Intelligence- to use machine power in achieving a better human life. Achieving this promise has much to do with application of AI in healthcare or lifecare, if you will! The penetration of technologies such as deep vision tech in prevention, diagnosis, prognosis, and procedures is an indicator. Unsurprisingly, booming activity in the early stage VC market reflects the technological development trend. Rising healthcare costs, the industry’s patient outcomes orientation, lack of skilled professionals, new healthcare laws, and the promise of technology to solve some of the challenges creates a burning need for rapid maturity of healthcare-tech.

Three core reasons draw attention to VC and specifically early stage VC investments in healthcare:  a). the temporal alignment with the needs of the university; b). the promise of an outsized return and buffer in volatile public markets; and c). The ability to create impact while aligning with the university’s mission.
The time-alignment perspective:
Different endowed institutions have different needs from their philanthropic investments. Hospitals (seemingly best suited investors for early stage health care) typically need returns for quicker ‘real time’ requirements such as wing upgrades ​and the less visible capital expansion projects such as process changes, and equipment upgrades. In contrast, universities have longer timelines that are less time-sensitive and lower capex expenditures with pre-marked allocations facilitating a more flexible investment strategy. Early stage entry in healthcare focused companies or funds becomes highly lucrative with exit opportunities over an average 7-10 year time period are likely to fetch returns ranging 2-10x multiples. Thus, being relatively less constrained by how quickly the return from an investment is sought, universities have greater leverage to thoughtfully design an early stage VC portfolio choosing from a variety of distinct-yet-related investments.
​
To make this happen, universities should focus on smaller but uniquely positioned funds that have a track record, strong fundamentals, legitimate participating LP’s / GP’s (subject area experts) and ideally existing investments. Doing so enables universities to be a part of opportunities (companies as well as new funds) that larger funds and larger endowments can’t invest in because they do not fit their investment size to percentage partnership ratio. University endowments placing approximately $10-15 million in staggered investments over 10 years with a promising fund and aiming to achieve a 5x return is highly lucrative and probable. An optimal ticket size in combination with exit timeframe leverage, makes early-stage healthcare a strong investment contender.
The mission and impact-alignment perspective:
Philanthropies donate money via general (non-specific) endowments, which could result in ownership of return-generating investments that are non-aligned with the foundation’s mission. For instance, the F.B. Heron Foundation, a private foundation with a mission to help communities and people emerge out of poverty via job creation ended up owning investments in private prisons in their portfolio(9). Mission-driven universities could instead invest in mission-aligned funds investing in early stage startups. Examples of mission alignment include gender focused funds (investors in female led startups), community focused funds (investors in startups in opportunity zones), and region focused funds (state specific). Investment at the early-stage provides the ability to further guide and impact the mission-venture alignment.

Perhaps the best alignment for universities whose missions undoubtedly include leading innovation come from the high enabling potential(10) of AI and healthcare. Early stage investments in this domain, strategically placed, are likely to lead to technological breakthroughs that would then enable a progressive cascade of ​innovations improving health outcomes in any number of ways  for non-traditional populations through non-traditional delivery models(11), all enabled by the university endowment fund. A quick look at diagnostics drives home the point. Early cancer detection technologies have shown platform potential for early detection of other types of cancers. Research for technological breakthroughs has traditionally been funded through grants. Rather, investments in the space could lead to pointed and paradigm shifting impact, while delivering outsized returns because unlike grants, the commercial nature of investments leads to the team’s greater focus on producing results that can get to market and distribute a solution to the population.
The risk-alignment perspective:
Healthcare is non-seasonal, non-cyclical and early stage investments in healthcare tech are immune to losses due to market cycles, recessions, black-swans. In fact, the early-stage nature of these investments give them a strong buffer against such cyclicity because teams are focused on solution fundamentals such as validating research, performing clinical trials, obtaining reimbursement codes, and early buy-ins from physicians and not selling to a market or dependent on the market performance.

Further de-risking is possible as universities are part of the ecosystem of the investment focus. Universities are focused on teaching and learning, positioning them aptly for innovation and commercialization by their faculty and students. This also makes them suitable as investors in areas providing preferential access to cutting-edge technology, while delivering the opportunity to monetize their own intellectual property. Universities are particularly well placed given their access to equipment, technologies and subject matter experts. Their technological focus and access to domain experts differentiate them from other investors and are all the more reason for universities to invest in early stage healthcare. The structured nature of the healthcare domain where regulatory hurdles define the runway for new technologies makes for a superior de-risked investment timeline that can be evaluated both substantively and financially. The metrics that matter in early stage healthcare like the validity of the problem, innovativeness of solution approach, scientific validation via peer-review, structured schedule of milestones, and dependence on specialists, make a university fertile ground for venture investment in early-stage healthcare.
​
In closing, trends show that university endowments are growing increasingly appreciative of the opportunity provided by the venture capital vehicle.  However, there is room for a greater focus on early-stage investments in healthcare-tech and first-time funds. These investments are seemingly risky but can be de-risked as more fully discussed in a paper by my colleague M. Tellini(12). University endowment fund managers seek to form lasting commitments with a core group of VC funds that allow them to collectively maintain a laser sharp investment focus, thereby improving the odds of an outsized return while reducing the value-at-risk. Given the triple alignment with the university ethos, endowment funds should seek out small-but-well situated funds focused on early stage healthcare tech to score a win for not only their endowment, and not only for the millions of families that rely on it for their college scholarship, but also for the impact it has on the world in the number of lives saved.
About the Author: Ananya Sheth is a Doctoral Candidate at the Innovation Science Laboratory of Purdue University and a Fellow at DigitalDx Ventures, an impact fund focused on the intersection of diagnostics and artificial intelligence. Ananya has worked in early-stage healthcare investing at Purdue University.
(1)  https://pdfs.semanticscholar.org/d2c4/1c107b2d1916b7b4cdd09508ac02a2a936a1.pdf
(2)  https://www.markovprocesses.com/blog/large-and-small-endowment-performance-and-risk/
(3)  https://www.yesmagazine.org/issue/good-money/2018/11/27/your-favorite-charity-has-most-of-its-money-in-wall-street/
(4)  https://www.investopedia.com/articles/03/121003.asp
(5)  https://www.msn.com/en-us/money/savingandinvesting/tfsa-investors-you-can-beat-hedge-funds-with-this-dirty-little-secret/ar-AAGCg3n
(6)  https://becocapital.com/venture-capital-and-universities-a-complicated-relationship/
(7)  https://docs.preqin.com/reports/Preqin-Special-Report-Making-the-Case-for-First-Time-Funds-November-2016.pdf
(8)  https://www.venturecapitaljournal.com/investors-are-clamoring-to-get-into-homebrews-next-fund/
(9)  https://www.yesmagazine.org/issue/good-money/2018/11/27/your-favorite-charity-has-most-of-its-money-in-wall-street/
(10)  https://sloanreview.mit.edu/article/finding-a-lower-risk-path-to-high-impact-innovations/
(11)  https://ssir.org/articles/entry/foundations_as_investors#
(12)  https://www.digitaldxventures.com/whats-really-holding-you-back-small-endowments-can-finally-invest-in-early-stage-venture-capital.html